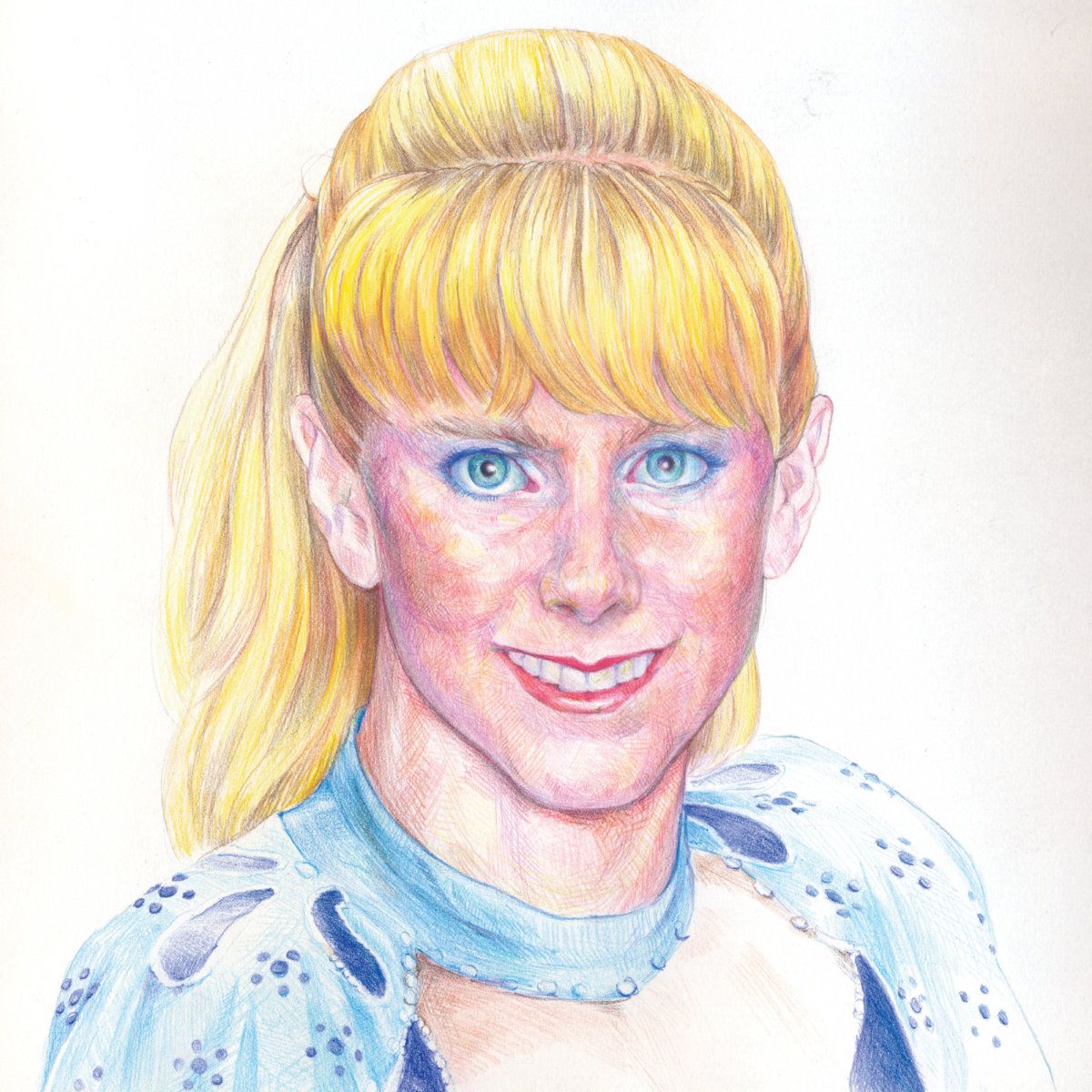 Sufjan Stevens recently released two versions of a new single, entitled “Tonya Harding.” As you might expect, the song is about the famous (and kind of infamous) figure skater Tonya Harding. My first response was to laugh at the thought that Sufjan had written a song about Tonya Harding. But it actually makes perfect sense for him, and the song turns out to be classic Sufjan: beautiful, creative, and moving.

What strikes me about “Tonya Harding” is Sufjan’s ability to empathize with a person, and his ability to help me do the same.

I have weird memories of Tonya Harding, all stemming from the 90s Olympic drama. I remember her being an impressive figure skater (as if I knew then—or now—what makes a figure skater impressive), the rivalry with Nancy Kerrigan, and the crazy incident where Kerrigan got clubbed in the knee. Wild. But through it all, I never stopped to think, “I wonder who Tonya Harding the person really is.” I didn’t wonder what would drive her to succeed or to be part of a sabotage effort against an opponent, or anything else, really. And I haven’t thought about it since.

Until Sufjan released his single. And his song drew me into Tonya Harding as a person. I suddenly felt empathy for her. It made me wonder what it takes for someone to climb to the highest levels of athletic competition like that, and what all of that pressure would do to a person. The song is so gracious and powerful and sweet. Not only does it draw me into empathy toward Tonya Harding, it also makes me contemplate humanity in general. This is exactly the kind of thing Sufjan Stevens is brilliant at. (You should also read the short essay he released along with the song.)

“Tonya Harding” also reminds me of Sufjan’s earlier song “John Wayne Gacy, Jr.” from his Illinois album. I’m not intending to compare Harding with Gacy, but Sufjan did a similar thing in both songs. He took someone who had become something other than a person—in one case an infamous Olympian, in the other case a horrifying mass murderer—and made them human to listeners. He’s able to capture some of the humanity in those stories, and in doing so, he brings his listeners to a place of self-reflection.

“John Wayne Gacy, Jr.” is one of the most beautiful songs ever written. And one of the most disturbing. It’s impossible not to feel weird listening to it. Sufjan’s genius here is presenting a horrifying story in a tender way. He doesn’t glorify Gacy or his story in any sense, but he does invite the listener to feel something other than hatred or self-righteousness.

In any incredibly vulnerable move, Sufjan ends the song by singing

In an interview, Sufjan explained his approach in the song and the impulse that led him to create it:

I made a concerted effort to scrupulously evoke the series of events which led to his crime, and, considering the circumstances, that was not a pleasant task. In all the crime novels I’d skimmed and in all the news clippings I read, there was a deliberate obsession with finding the source of his depravity. What went wrong, everyone asked. What made him this way? Was it his abusive father? Was it a head injury? A doting mother?

I’m less interested in cause and effect, in terms of human iniquity. I believe we all have the capacity for murder. We are ruthless creatures. I felt insurmountable empathy not with his behavior, but with his nature, and there was nothing I could do to get around confessing that, however horrifying it sounds.

I find it incredible that Sufjan would acknowledge his “empathy with Gacy’s nature” and then “confess it”! You could argue that he’s under-appreciating the heinousness of Gacy’s crimes. But at root, Sufjan is simply doing what all art is meant to do. Art connects us with our humanity, and with our common humanity. And in that way it connects us with each other. It helps us contemplate who we are—not just as individuals, but as a species.

The cable news and tabloid versions of people like Tonya Harding or John Wayne Gacy, Jr. are easy to critique, mock, enjoy, praise, discard, whatever. But an artistic venture draws us deeper into those people while also holding up a mirror. Am I so different? Do I not see anything I hold in common with this person? Could a human being ever be so simply summarized as the new media implies?

With “Tonya Harding,” I was reminded again of one of the most powerful aspects of art: it connects me in an unparalleled way with what it means to be human. And I am better for that.